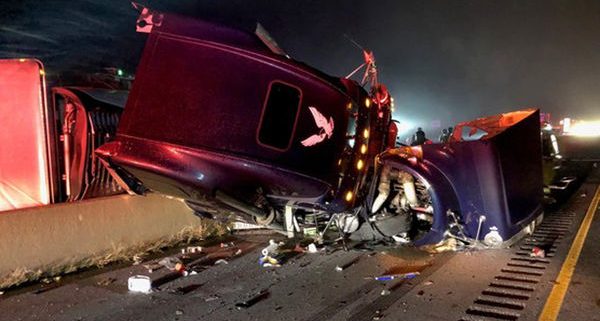 On Saturday night, a single driver, age 48, died as a result of a motor vehicle accident in Hampton, New Hampshire. The truck driver crashed head-on into the concrete barrier that divides the open road lanes on I-95. The New Hampshire police have suggested that the driver may have made a lane change at the last second as he entered the toll road, likely causing the crash. First responders found the driver unresponsive and trapped. Paramedics transported the driver to a hospital nearby where medical professionals pronounced him dead. Head-on collisions remain one of the deadliest types of car accidents that can occur.

In a head-on collision, the front ends of two vehicles collide into each other. Typically, both motor vehicles are traveling in the opposite direction when they collide with each other head-on. Alternatively, a single motor vehicle can hit with a guard rail or other stationary object, as evidenced by the recent accident discussed above. Head-on collisions can cause devastating injuries because of the force created by the impact. The following instances are common causes of head-on car accidents:

According to a recent CNBC news report, the number of car accidents involving injuries has decreased by 21%. Collision avoidance systems that come with many new vehicles are responsible for the decreasing rate of people injured in car accidents. The report indicated that the rate of head-on collisions was 11% lower in vehicles that have collision avoidance warning systems. While this data is promising, drivers without warning systems and drivers who are driving while intoxicated may still negligently cause head-on collisions.

Common Injuries Suffered by Drivers and Passengers in Head-On Collisions

In head-on collisions, the force of the impact often results in drivers and passengers being thrown forward into the airbag. When drivers and passengers are not wearing a seatbelt, they are more likely to fly through the windshield. In addition to suffering lacerations from the windshield, the impact of hitting the ground can cause severe head trauma. Spinal cord injuries are prevalent in head-on collisions. The force of the impact can cause the vertebrae bones to fracture or dislocate. When the delicate system of nerves around the spine becomes severed, spinal cord injuries can result.

The Dangers of Boating Accidents
Scroll to top