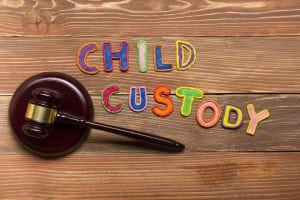 What Does Ex-Parte Mean in A Court Case?

An ex-parte order is an emergency request to obtain an immediate order by a judge in an emergency according to evidence that is provided by only one parent or party. Not all ex-parte orders require a hearing on the date of filing.

We get questions all the time in parenting cases about what happens when there is something that needs to be addressed immediately at the Court. These such instances include one parent finding out that the other parent is doing drugs around the children or that one parent has immediate medical needs that may change their ability to care for the child. These are extremely unfortunate situations however it is necessary for parents to understand what route to take should such need ever arise.

If for whatever reason you do become involved in a type of situation that requires some emergency action from the Court, the best course of action for a parent is to immediately let the other party know if your intent to go to the Court. For the Court to make orders that same date, the filing party must swear that they at least attempted to notify the other parent of their intent to file a request in the Court.

Upon arriving at the courthouse, you will need to visit the family court clerk and file a Motion for Ex-Parte Relief. What this means is you are essentially telling the Court that there is some emergency that requires an immediate order from the Court. Thus, the Court will make a ruling that same day so be prepared to wait at the Court for a while until a judge is free to review your case.

The Court will make a ruling without requiring either party to appear in front of the judge on that day. If the Court finds there is an immediate and present risk of physical danger or psychological harm to the child/children, the Court will make temporary orders that day. These orders will affect such things as the parenting schedule, decision making, or any other matters necessitated by the filing of the said ex-parte request. Those orders will then have to be served on the party so they are aware said orders are in place.

In addition to issuing orders, whether the Court finds an emergency exists or not, the case will be scheduled for a hearing date in short order. Said hearings are usually scheduled within a few weeks. At that hearing, both parties will then be able to present both evidence and witnesses in front of a judge to determine whether the Temporary Orders of the Court should become a more permanent order. Mostly, both parties are given the opportunity to demonstrate the truthfulness of the allegations contained in the Motion for Ex-Parte Relief.

This process is the best way for parents to ensure that the Court reviews and resolves any potential emergency situations as soon as possible.